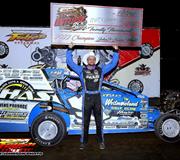 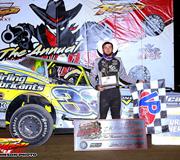 10/2/2022
FULTON, NY – (October 1, 2022) – Zach Sobotka from Parish, NY has been a track champion, won big dollar races, but one race was missing out of his trophy case he so wanted, and that was a Sportsman victory during the prestigious Outlaw 200 weekend. All that changed...more 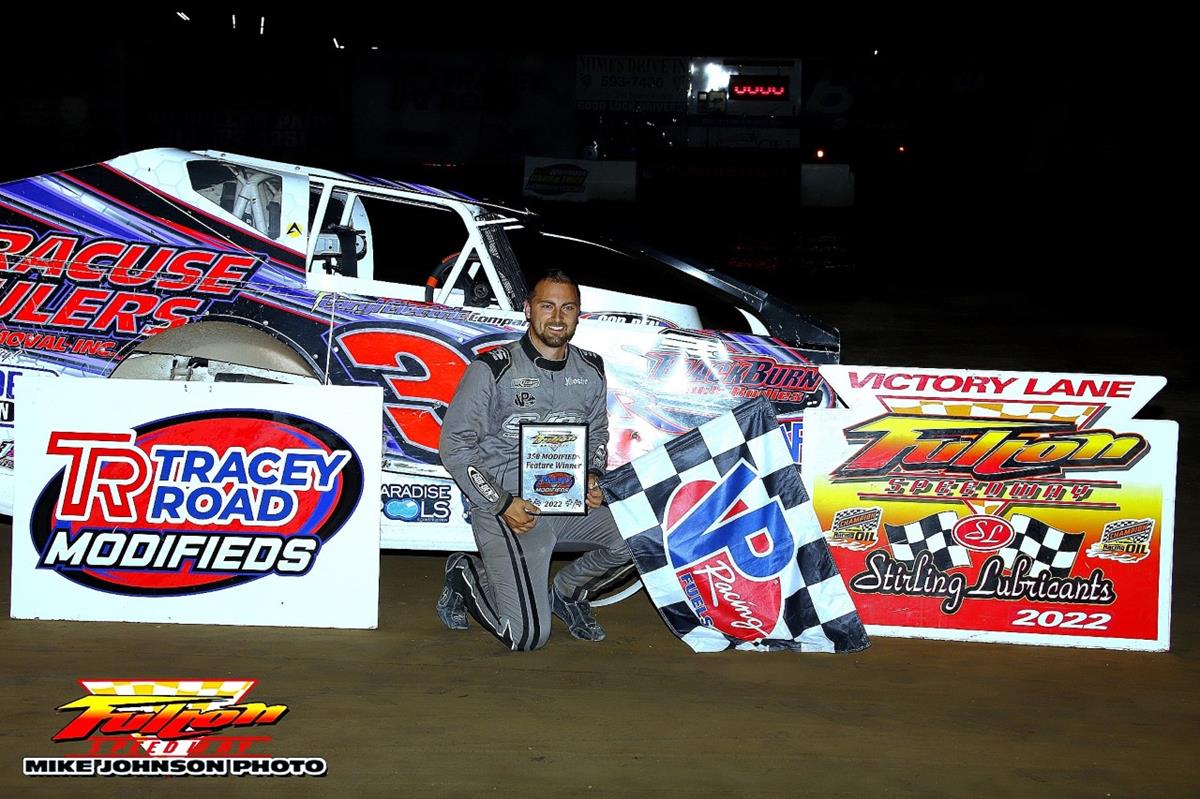 Davis would start the 35-Lap feature in fifteenth starting spot and would quickly move his way to the front, taking the lead on lap twelve and would never look back.

The win was far from easy late in the race as Davis had to get through heavy traffic and then out run point leader Tim Sears Jr. setting up a one race showdown for the championship on Saturday, September 3rd.

Ryan Richardson would take the lead at the start of the 35-Lap Modified feature and would still set a fast pace through a couple yellows and be a few car lengths ahead of AJ Kingsley on lap ten. Sean Beardsley, Colton Wilson, and Ron Davis III from fifteenth showed on the scoring tower.

After moving into the top-five Davis would blast into the lead on lap-twelve and started driving away from the field.

Davis was still in total command of the race at the halfway point with over a half a straightaway lead over Tim Sears Jr. who also started deep in the field followed by Richardson, Corey Barker, and Wilson.

With ten laps to go Davis was on rails using the bottom of the speedway 2.3 seconds ahead of Sears. Larry Wight from seventeenth, Barker, and Richardson raced for third through fifth.

Over the final laps, traffic ahead of Ron Davis III was two and three wide, allowing Tim Sears Jr. to quickly get within a few car lengths. Davis found the openings he needed to pick up the victory by 0.802 of a second at the checkers over Sears. Larry Wight, Rocky Warner from the LCQ, and Corey Barker finished third through fifth.

Jason Breezee would take the lead at the drop of the green and would lead the first five laps of the first 25-Lap Sportsman feature when Brett Draper drove into the top-spot.

By lap ten Draper was on rails using the topside of the speedway and had a little over a one second lead over Breezee, with Kearra Backus, Dave Moyer, and Cody Manitta in the top-five.

Draper, still on the topside of the speedway, was setting a fast pace out front with Breezee, Jake Davis, Manitta, and title contender Andrew Buff who was involved in an early race incident came from last to fifth.

Over the final laps there were six cars contending for the win. Draper never left the top groove and beat Jake Davis by 0.511 at the checkers. Jason Breezee, Andrew Buff, and Cody Manitta finished third through fifth.

Brett Draper and Jason Breezee had their purse and points put on hold for technical issues.

The second 25-Lap Sportsman feature had Bailey Groves take the lead at the green and would bolt out to a half a straightaway lead by lap five leaving Tim Gareau, Teddy Clayton, Stephen Marshall, and Kyle Devendorf to race for second through fifth.

On lap ten Groves was cruising out front with a 2.3 second lead over Clayton, Marshall, Devendorf, and Rocky Grosso.

At the halfway point Groves was still on cruise control out front with nobody challenging her for the top-spot. Clayton, Marshall, Devendorf, and Grosso, were still in the top-five.

Over the final laps and no yellows Bailey Groves drove away from the field for her first career Sportsman victory by 1.9 second over Kyle Devendorf, Stephen Marshall, Teddy Clayton, and Rocky Grosso.

Andrew Buff will come into the final points race Saturday, September 3 for the track championship with a thirteen-point lead over Chis Mackey. Quinn Wallis is twenty-three back, and Kyle Devendorf twenty-seven points back.

Brennan Fitzgibbons led every lap of the 20-Lap Hobby Stock feature for his second victory of the season. The win was anything but easy as you could have thrown a blanket over the lead cars most of the race. Jim Evans, Ron Hawker, Edward Stevens, and Casey Cunningham completed the top-five.

Championship night will see Ron Hawker at the top of the point standings with Casey Cunningham fourteen points back, and Bob Buono eighteen back.

Matthew Backus led the opening nine laps of the 15-Lap Novice Sportsman feature when he broke pulling into the infield and handing the lead to Hunter Hollenbeck. Hollenbeck would lead the rest of the way for the win. EJ Gallup, Danny Allen, Brianna Murtaugh, and Rick Kinney finished second through fifth.

This Saturday, September 3 will be the final weekly race of the 2022 season when Track Champions will be crowned presented by DOT Foods and Neivel Precision Plumbing.

36th Annual Outlaw 200 Weekend on Friday & Saturday, September 30 – October 1 tickets are for sale plus everything you need to know for a fun-filled weekend are available on the speedway website by clicking the Outlaw 200 Weekend tab at the top of the page.

Any questions you might have and for marketing opportunities contact Cory Reed at (315)593-6531 or cory@fultonspeedway.com. For all the latest news, visit www.fultonspeedway.com powered by My Race Pass and like the speedway social media pages.

Thank You Race Fans and Race Teams for an exciting & Successful 2022 Racing Season. We Will See Everyone in the Spring of 2023