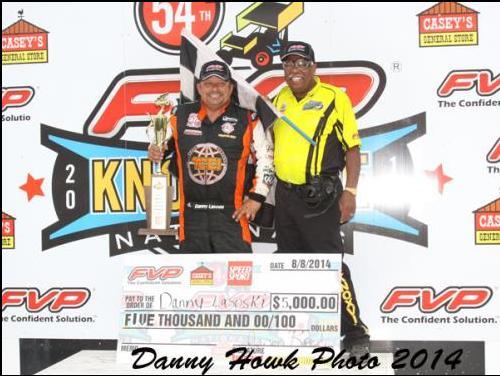 The Dude showed why a stack tube can be advantageous in the dry slick. Starting back in the field Danny methodically picked his way to the front on Saturday winning the day show going away during the Knoxville Nationals. Not far from Knoxville, Jason Martin - fellow Schnee driver, lead a group of 305's on Sunday morning claiming the victory at the Iowa State Fair Speedway. Dustin Sargent won at Arlington Raceway in his Schnee Flexrite car and then Toby Chapman got the win at Eagle Raceway in his Eagle. John Cunningham has mastered Fulton Speedway in his Eagle winning for the sixth time this season. Their winged counterparts, we call Henchcraft Lightning Sprints, triumphed once again with Al Truscinski taking the win ahead of four other fellow Henchcraft drivers at River Cities Speedway. Murray Temple lead the way in Manitoba at the Watermelon Cup. ALH Motor Speedway presented him the hardware and a fine fruit for his efforts. 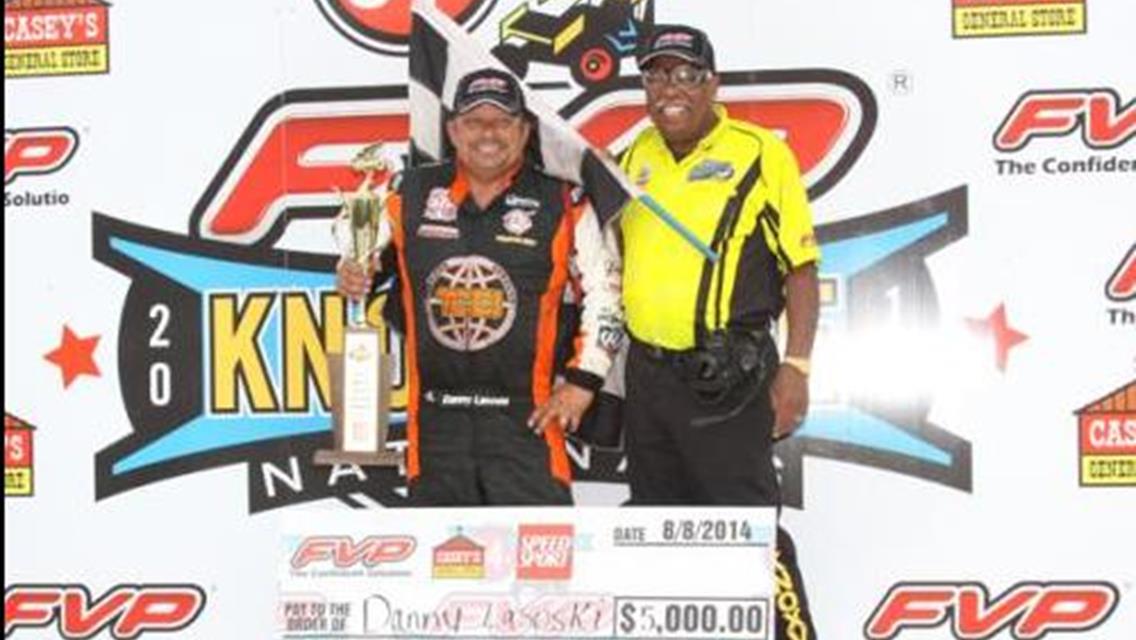 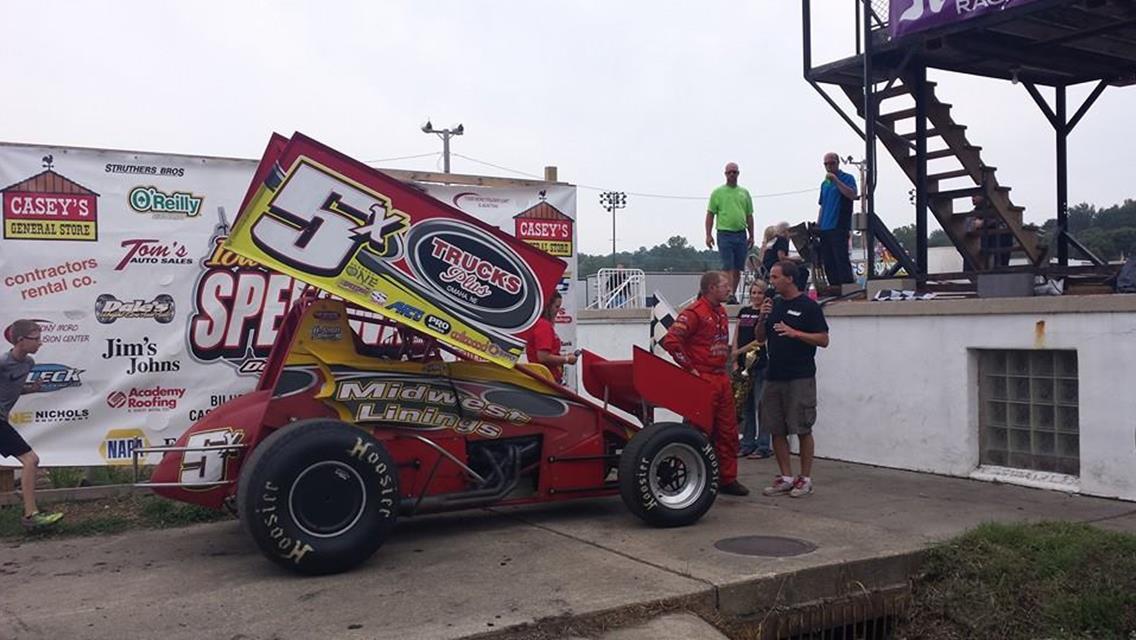 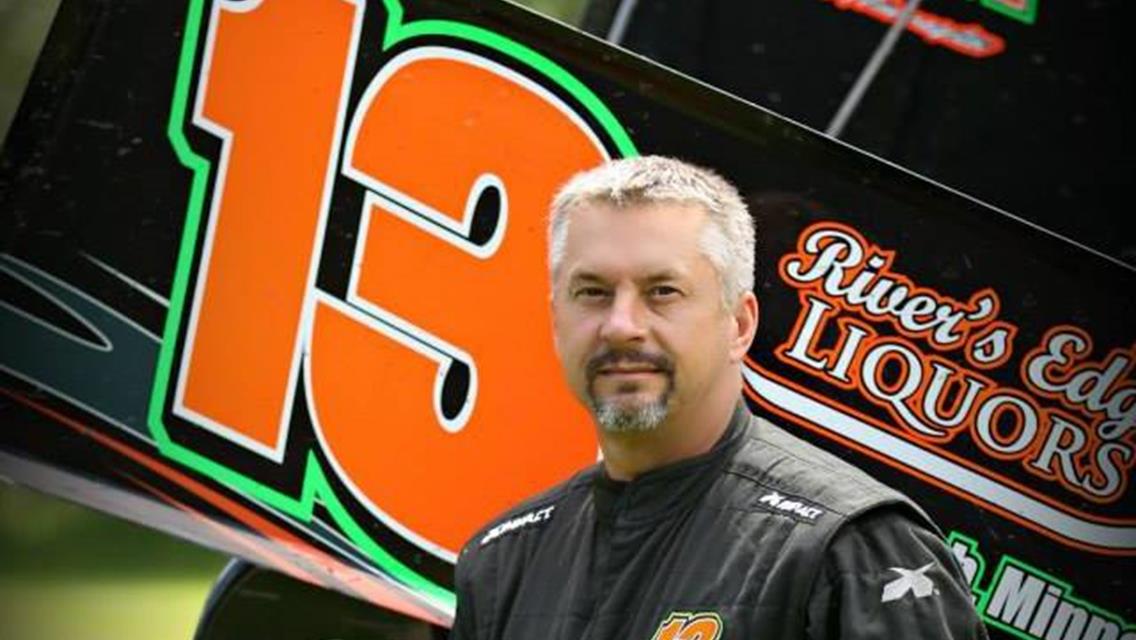 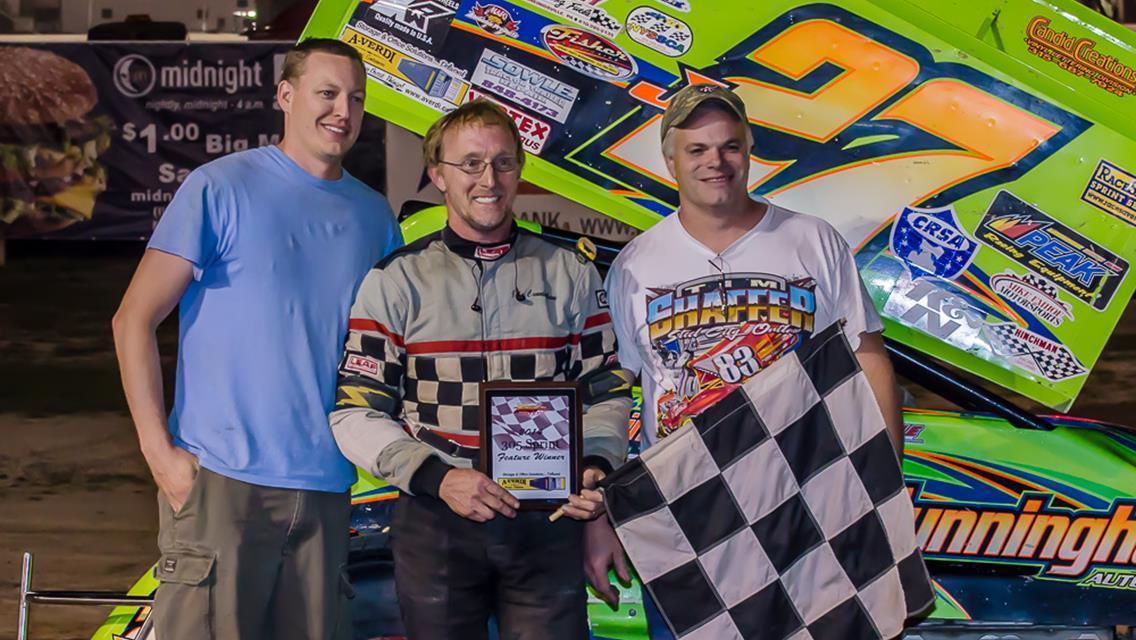 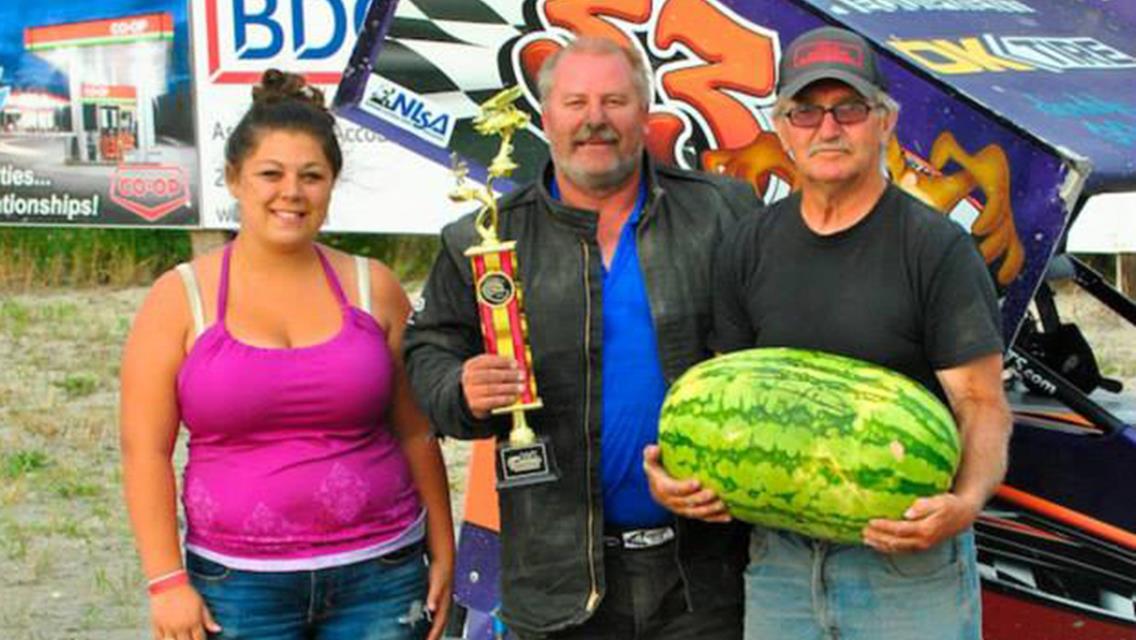 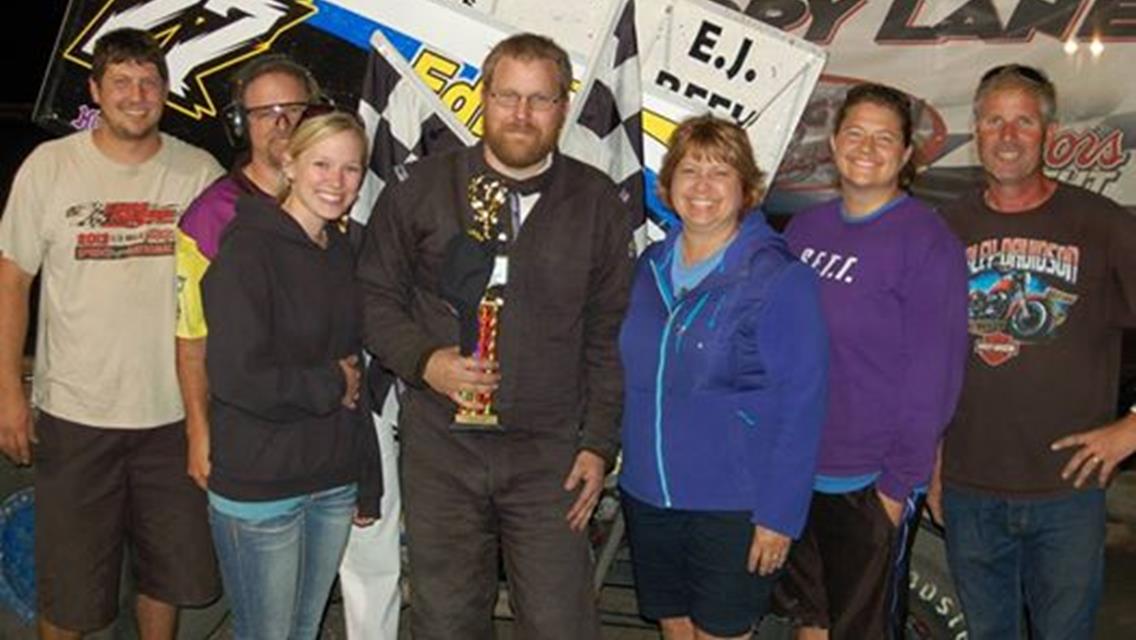